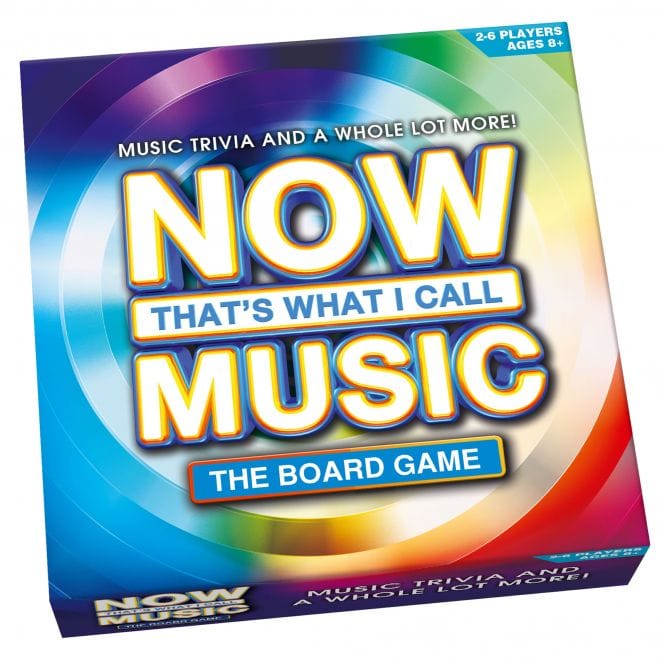 Showing our 1 review for Now That's What I Call Music Trivia Game. Write a review
Review Summary - 5 out of 5 based on 1 rating.
Brilliant game for music lovers
15 Dec 2021 | Sue Shulvet

Positive my daughter”s partner will love it!

Showing our 1 review for Now That's What I Call Music Trivia Game. Write a review

by University Games
Ref: 216640
1 Customer Review
Loading...
Want it delivered, Tuesday 31st May? Order in and choose Next Day Delivery at checkout. Or Free Standard Delivery on orders over £40.
5+ In Stock Now In Stock Out of Stock |

A family board game based on the Now That's What I Call Music compilation album series. Can you remember the year, the songs, the artists, or the album.

Now That’s What I Call Music is one of the most successful compilation album series of all time and music fans can now test their musical knowledge with a brand new board game.  Questions from the ’80s, 90’s and 21st Century' as well as covers to sing and song titles to be mimed will ensure that the whole family is entertained with this great new board game.

The aim of the game is to answer the questions and pip your opponents to the centre of the board. Throw a 1 and you’ll be answering a question on 80’s music, a 2 and it will be music trivia from the ’90s and a three will have you wracking your brains on tunes from the 21st century. Throw a four and it is Complete the Title round but a five will see you miming a song title such as Park life, Rolling in the Deep, and Pump Up the Jam, for your fellow players to name. A six on the dice though will have you describing, humming, clapping, or even whistling songs such as Imagine, Mad World, and the Birdy Song for opponents to guess