We use cookies to improve your experience of this website, find out more, or simply continue using the site
More Info
Ok
be creative daily!ArtInspirational Female Artists Who Challenge How We Look at Art: Women’s Day
Menu
Art

Inspirational Female Artists Who Challenge How We Look at Art: Women’s Day

I thought in today’s blog I would mention 3 female artists that I love. As it’s International Women’s Day these ladies deserve a shout out for their beautiful and sometimes controversial artworks. As most artists’ paint with a clear point of view, I thought it would be beneficial to see how they challenge us and society. How strong powerful and fragile their works of art can be. Art is a conversation between you and what is in front of you. The artist may want to convey something to you but your interpretation and reaction are just as important.

Art can be daunting, lots of people, my partner including role their eyes at art. Slightly because he feels intimidated and also because like lots of people he will look at a simple painting and think I could have done that. There is nothing wrong with this view.

Art is personal. It is personal to the artist and carries a message. It starts a conversation.

Starting off with one of my favourites. 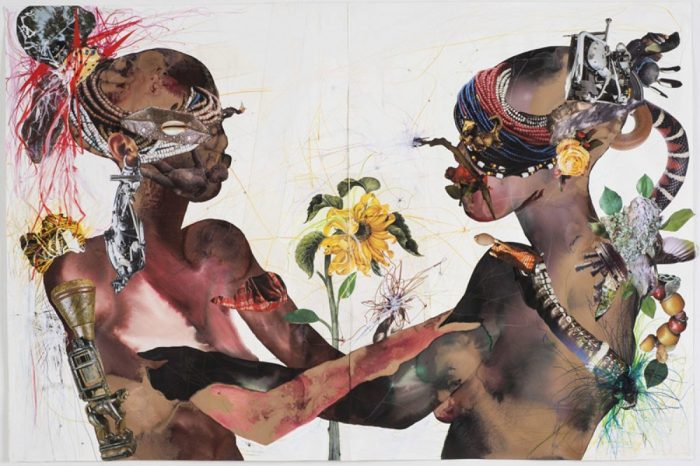 “Females carry the marks, language and nuances of their culture more than the male. Anything that is desired or despised is always placed on the female body.”

Wangechi Mutu is a Kenyan born American artist.  Her contemporary work as a visual artist exploring collage, painting, sculpture and performance work. This incredible artist focuses primarily on the female body as subject exploring and challenging with questions of self-image, gender constructs, cultural trauma and environmental destruction. Her artworks can’t help but evoke emotions in you, regardless of what they are. I find that all her works have an earthiness and realness to them. Whether it is in the colour choice or in the story of roots. Where we/ she comes from, where the anger or discrimination comes from.

She can’t help but challenge your own perception?

Mutu often uses the feminine subject in her art. Sometimes the forms appear to have a lack of female characteristics but again that is to tell another story.  She encompasses her own story of Africa within a very real yet otherworldly depiction of women.  Mutu addresses the hyper-objectification of black female bodies and has used an otherworldly nature to reiterate the fictitious nature of society’s depictions of black women. When I look at her work I see a lot of strength in them all. Her work is reflective and poignant and I can’t help but be challenged by it. 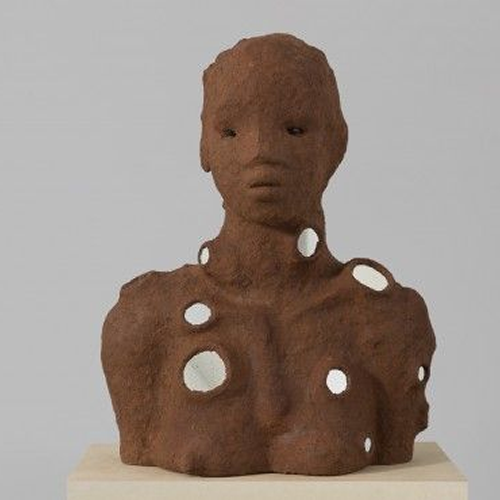 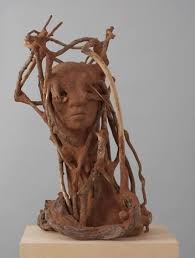 “I can’t say I’m wiser; I’m probably more foolish. But I think I’ve accepted that making things that are beautiful is interesting, whereas before I was not interested in beauty at all. I was anti-beauty, I would say. I like that something reveals itself slowly, it doesn’t have to shout it. That’s shocked me.”

Jenny Saville is a British born Artist who resides in Cambridgeshire. You probably recognise her Paintings. Her bold interpretation of large scale women has been challenging us since she graduated in 1992.  Charles Saatchi bought her entire senior show and she was patronised by the gallery for 18 months to help her while she continued to paint.  Saville’s painting method is tradition oil painting however it is the subject matter of the obese female body that challenges us. She has found a way to reinvent figure painting and regain its position in the context of art history. 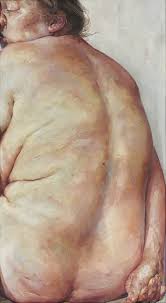 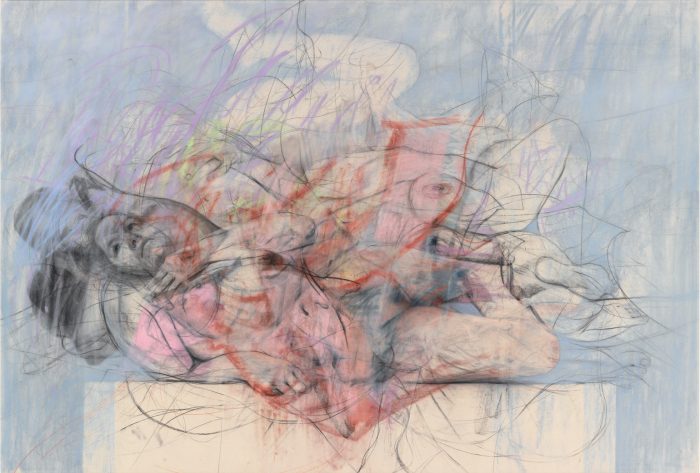 Her painterly style has been compared to that of Lucian Freud, Titian and Rubens. Saville’s paintings are usually much larger than life-size. They are strongly pigmented and give a highly sensual impression of the surface of the skin as well as the mass of the body.

One of the things I appreciate most about her female forms is the marks, the bra straps, the pant lines. the target rings that loop around her subjects stomachs and this she wants you to take note of the things we would prefer to not focus on. Wobbles of the flesh are explored and identified as being a part of a woman rather than putting a pretty filter on it.

It is easy for women to become obsessed with their looks. I feel like in the world of social media Jenny’s female portrait past and present are even more poignant.  Savilles’ published sketches and documents include surgical photographs of liposuction, trauma victims, deformity correction, disease states and transgender patients.  On first inspection, it appears that her point of view is a critical one. In all her interviews it appears that we are mistaken, that actually she is just fascinated by it. Her works are not typically beautiful they borderline grotesque (or do they?) but there is a raw beauty in them that is compelling and fascinating. The sheer size and talent that has gone into these are really inspiring.

Body confidence is rife in the press and social media. With papers and magazines constantly tearing down celebrities for gaining or losing weight. They are never happy but social media is taking a different role. Promoting body confidence in all its shapes and sizes. Her message to women that it is okay to be themselves and not to starve or force themselves to change unless they want to. I feel that this the way forward and without addressing this issue by attacking the viewer. Saville paints these large portraits of women and challenges you to be as fascinated as she is.

When Himid won the Turner Prize aged 63, “bittersweet. I think to myself what I could have done if I’d won it at 40. That would have been good. But I guess there are more things I’ve got to say now, and it gives me a good opportunity to say them. But there aren’t that many years left. Twenty years in front of you is not the same as 63 years behind you.”

Himid is a Sultanate of Zanzibar born British artist who always works in acrylic. Black Art movement in the 1980’s which offered a forum for black artists exploring the social and political issues surrounding black history and identity. Her works are all about belonging, finding and making your place in British society and never have been more apt than today.

Her works often convey British caricatures with lots of humour and sadness. She has conversations about history, experience and wants the viewers to belong and contribute to the conversation. Her main aims are dialogue and progress.

She laughs with us about the hypocrisy of the art world and politics. She challenges us with a conversation about conversations. Her paintings tell stories of slave women and servitude. Her artworks talk to each other.

Lubaina Himid’s work investigates historical representations of the people of the African diaspora and highlights the importance of their cultural contribution to the contemporary landscape.

So today is Women’s day. A day that needs to be represented until gender is not an issue. Until the pay gap is a foolish thing of the past. Until women get there place next to men because they have earned it, not because of their sex. Not diminished by their sex either.

So I thought I would share with you 3 Artist who challenge me and who I admire and love.

What contemporary artists do you admire?